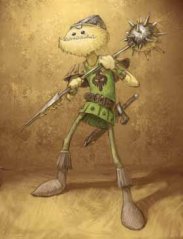 Continuing the brainstorming sessions as I work on the War of Ashes RPG, to be powered by Fate Accelerated: I want to look at how to present setting material.

The detailed outline for the book has been approved by ZombieSmith and Evil Hat Productions earlier this week, so I’ve transitioned to generating setting material. I’m using the Golden Rule of Fate—”Decide what you’re trying to accomplish first, then consult the rules to help you do it.”  That means that for now, all rules considerations will take a back seat; I jot down ideas as I go, but I won’t refine them until we have solid agreement on the team about the world these rules extras will support.

One of the purposes of the book is to be of use as a source of setting information for players of all the War of Ashes games, including the existing miniatures combat game War of Ashes: Shieldwall, the upcoming skirmish game War of Ashes: Shieldbash (expected May 2014), or the upcoming electronic app.  So obviously I don’t want to double up on what can be found in these games, except just enough to provide context; for example, Shieldwall contains a fairly detailed timeline of the world of Agaptus, so we should only give a thumbnail here.  People don’t want to be buying two-thirds of the same book over and over again!

At the same time, this has to be a standalone roleplaying game.  It should provide everything you need in order to run a fun campaign and you should only have to go to the other books because you want extra goodies, just like players of Shieldwall don’t need this new sourcebook to play the miniatures game.  And in RPGs, it’s nice to have the setting info delivered in bite size and not treatises.  Here is my manifesto:

The purpose of game fiction is to provide the reader with the desire and building blocks to create her or his own fiction at the game table.

I picture relatively short sections on specific setting aspects, loaded lots of contact points with the fiction you‘ll create ate the table, a.k.a. plot hooks or plot seeds.  Hopefully, these seeds can also be used by miniatures gamers.  I’d like to float a sample here and get feedback from readers: is this useful to you as gamers?  Does it ask the right questions?  Does it generate ideas?  What else would you like to see in such an entry?

Here goes; note that this is sample material not yet approved by anyone except my cats, just provided for discussion.

The Vidaar are no great architects and builders, so when they settle somewhere they reserve their best for the important buildings.  No, not the kogg brewery—well, yes, that, but also the Shyldhal where the spear-bearing Fyrdee warriors will be garrisoned.  It’s got all a warrior needs: armoury, watch tower, nice quarters for their captain, the Styrsik; a forge nearby to take care of the weapons, armour and shields, and yeah, a kogg brewery just around the corner.

The whole building thing is tedious, though, and all the best spots seem to be occupied.  A smart Styrsik founding a nice new Vidaar settlement will go for efficiency, using any not-too-ruined Elvorix stone buildings left after conquering a village that’s in the right spot, maybe even using some conscripted Elvorix labour.  The add-ons are typically built of wood, mud and thatch, because rocks are heavy and so annoyingly hard to nail or stick together.  A good paint job will spruce it all up, though.

What you can find there:

Things that can happen: