Grant Howitt posts a marvellous article on his blog, called “Games can be bad, and it’s okay to say so.”  I applaud him, I agree entirely, and I would extend that to other works like books, comics, movies, shows, etc.  Today I’d like to talk about two other reasons that have stopped me from writing some critical reviews.  But first, let’s establish some basics.

I have written sixteen reviews on RPG.net, probably the most extensive and highly viewed roleplaying game reviews I’ve posted anywhere.  (You can find them by searching on Forum User Name “Mechante_Anemone” in the lower right-hand of the search form.)  They are much longer and more detailed than the mini-reviews I post consumer sites like Amazon, DriveThruRPG/RPGNow (OneBookshelf), Goodreads, etc.  I usually remember to re-post them on the community site for my old gaming club Emerald City Gamefest in Seattle (scroll down the page), but it has very limited readership.

I’m proud that my RPG.net reviews have won several awards in review contests for themed weeks (specifically, for Horror, Science Fiction, and Actual Play Weeks).  I’ve also been a judge on Fantasy Week (naturally, I was not a contestant) and read and evaluated 49 reviews according to uniform criteria.  All this to say, when I use the word “review”, I don’t just mean “my whim”, “my knee-jerk reaction”, “my zone of comfort”, or “some opinion I just pulled out of my @$$.”  I mean:

Review: A short essay that summarizes the work being discussed, critically examines its merits and flaws, and provides evidential support for a short analysis.

When I write a formal review for the general public, as opposed to giving quick impressions for my friends’ benefit, I want to be as objective as I can on strengths and weaknesses.  (Here’s my “template.”) I explain why I have certain preferences in order to help someone who is not me and doesn’t have amazing powers of mind-reading to figure out whether they would agree.  I give my best guess as too what and who this game is best suited for.

“Providing evidential support” does not mean I’m making an absolute judgement and I’m certain no one should disagree with me; it means I’m providing my rationale.

OK?  (If you want more thoughts about what should go in a review, I suggest Chris Richeson’s article on the subject.)

Liking Stuff is More Fun!  So there really are three reasons I rarely post a review that tilts more on the negative side than the positive.  The first one is easily explained: if I’m going to spend that much effort, I’d rather it be for a game (or book, etc.)  I really enjoyed, because it’s more fun for me.  I think that’s true of most amateur reviewers; in fact, the No. 1 reason to review truly horrendous works is also fun: the humour value, from Darren MacLennan and Jason Sartin’s reviews of FATAL, Wraeththu, Synnibarr, etc., or or David Hines’ review of John Ringo’s forays into BDSM, Oh John Ringo, No! Otherwise, you don’t bother spending time on something merely tedious.

I Know These People.  I really hate to hurt people’s feelings, I do.  The gamer community, in particular, is relatively small and you don’t play “Six Degrees of Kevin Bacon” for very long until you stumble onto somebody you talk to, play with, meet at conventions, and otherwise enjoy interacting with.  They sure don’t write games because of the vast amounts of money to be made in that market; they pour their heart into the games they write.  Do I want to say “Dude, that was a sucky game”?  Hell no.

And with modern levels of networking, it’s also true of book authors, comic book artists, even movie stars.  Congratulations, thanks to Twitter and so forth you can now get to personally hurt the feelings of just any celeb out there.  So yeah, I really hate saying negative things when I think they will hurt someone, some real person.  I don’t much care if Bank of America knows I think they are unethical jackals, but I don’t want that nice person on Facebook or Google+ to feel bad because I think that their latest book is poorly plotted.

I’m less tender-hearted where the fans are concerned; if you can’t stand the fact that I don’t like the design philosophy behind the Vampire: The Eternal Struggle card game, or that I think The Da Vinci Code is weakly written, derivative, and shoddy, bah. That’s OK, it may annoy you but it doesn’t hurt you.  (It doesn’t even hurt Dan Brown, or if it does, he’s crying all the way to the bank.) 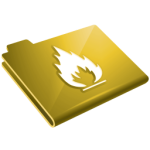 On the other hand, it can be exhausting, frustrating, and sometimes downright threatening to deal with horde of angry fans who are furious that you didn’t like their darling.  I have a sort of catch-all folder I call “I Hate The Things You Love” in which I occasionally drop notes about pop culture icons I feel critical about, when I just don’t have the energy to deal with a shit storm of my own making.  Some day I’ll clean it up and post it, and set the Internet on fire.  In the mean time, I just shrug and move on.

Second-Guessing Myself.  The flip side of that nerd rage, however, is that nothing raises your viewings and replies like dissing a darling.  You remember those RPG.net reviews?  They were generally positive but one got a below-average score in one category (RPG.net requires a score of 1 to 5 in each of two categories, Style and Substance; a 3 means “Average”).  Guess which one received the most reader comments?  That one, with 123 comments to be exact.

Now, want to guess the average number of comments on all my other reviews combined, including the prize-winning ones?  It’s 6.7, meaning that the only one that was not glowing attracted twenty times more comments.  The tools to retrieve numbers of page views are not easily available for older threads on RPG.net but they show an even more lopsided count, with the non-glowing review (it was on Burning Empires, for the record) getting proportionally even more page clicks.

I had expected push-back, and I had written my review carefully; to this day, I think it’s probably my best-written review ever.  But that’s not why I was getting the high page view counts and the comments.  I got them because people were furious that I criticised.  You might think that would make me fearful of writing negative reviews again; and it does, but not the way you think.

I really don’t mind getting gamers riled up by saying a game has flaws.  But nowadays when I start writing a negative review, I feel compelled to second-guess myself: am I like the editors of those trashy magazines, trying to get readers’ attention by generating outrage?  Could I write something else that would be all positive and gung-ho and can-do instead?

Generally, I drop a little note in my “I Hate The Things You Love” folder (it’s really named for humour value, by the way, I don’t actually hate anything because someone else loves it) and I move on to write the nice upbeat can-do post.

So Is That A Problem?

So what, right?  Do we need criticism, especially from rank amateurs like me?  In fact, some people in the geek community hate all reviews so much, professional or otherwise, that they post rants on reviewers, frothing at the mouth at the audacity of such-and-such a critic for writing a piece.  And then they follow up with a post where they tell you all about a movie, or book, or game that they loved and why you should really give it a try.  I wish I was making this up.

We all exchange opinions, and it can be fun and valuable.  Positive reviews are rather obvious: I’ve loved many games, books, albums, and so forth which I tried only because of a friend’s recommendation.  In fact, word-of-mouth tends to be much more powerful to sway people into trying something than any form of publicity.  Second to that, for me, is reviews from people who over the years have shown tastes compatible with mine, even if I don’t know them personally.  (Third is, I guess, how attractive the jacket, poster or publicity is to me.)

There is value in critical reviews—as opposed to comical reviews—when they save you from getting a game, reading a book, etc., that you would definitely not like.  They save you time and money.  They also tell the authors where they can improve; and if you’re on the cusp for a particular game, they may even help you figure out how to house-rule it to work around some problems.

That latter reason decided me last year to write a series of post critiquing how some game conventions were organized; it was hard to write because I did know these people and no, I didn’t want to dismiss their efforts.  Some felt hurt, and I was sad for that.  But some made changes, and some told me these posts had provided helpful criticism.  And other convention organizers said it had helped them plan ahead.  Still, I don’t think I’ve tackled anything else so touchy all year.

So finally, back to Grant Howitt’s manifesto that “Games can be bad, and it’s okay to say so.”  He’s right.  There are a few popular games that I’ve been wanting to write critical reviews about—not to say “Your game is bad,” not to say “You’d have to be stupid to like this game,” but because it’s nagging at me that they could be so much better.  I look at them and I keep wanting to fix them the way I itch to straighten a picture frame hung slightly askew.  And I think that maybe if I make useful suggestions in a way that is not adversarial, the next edition could improve, or gamemasters could at least work fixes around these issues.

So in honour of Grant, when I have a little time I will try to post some of those critical reviews.  If they are about your game, chances are you and I have exchanged notes or met at a convention at some point; please know that the only reason I would make this effort is because I see something great in your game that is not allowed to shine the way it could.  (While I love to read a funny sarcastic review of a complete piece of trash as much as the next person, I just don’t want to spend that much effort on said trash myself, so no negative reviews unless I’m also being constructive.)