28. Favourite RPG you no longer play

Blue Planet (Biohazard Games/Fantasy Flight Games/Capricious Games), I think.  I love the setting, and the version 2 system (2003) is nicely playable (the original 1997 version had a very different system that I can’t recommend.)  We tried launching campaigns several times but it’s difficult to find a group interested in aquatic adventures. Over a decade ago we played in a campaign that lasted only a few months, and both my husband and I greatly enjoyed it. I’d love to try again. 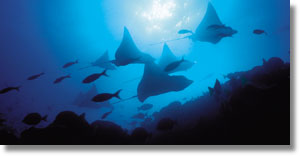