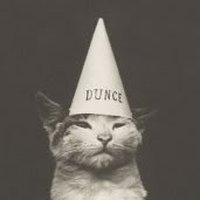 I have been overly ambitious and insufficiently careful. And I could not muster the will and discipline to go see my doctor early on, let alone go to the Emergency Room during a long weekend (and my birthday!) when things started looking worse instead of better. I waited until after the weekend, so I got up feeling pretty shaky and worried that I had screwed up my white blood cell count. I called to make a doctor’s appointment at last, but after I described my symptoms and situation the nurse said I needed to go to the ER anyway. Edmund tells the tale here.

So instead of screwing up my birthday, I screwed up game night. I was lucky, my results were not catastrophic, but I felt pretty stupid. The thing is, when I drop into the low part of the cycle, it’s a real challenge to get myself to tackle tasks that are even mildly unpleasant: filling forms, going to see the doctor, taking a walk and risking having to talk to the chatty neighbours, anything. And it’s always easy to postpone until tomorrow. And the day after. And the day after that…

The conclusion of this little episode is that I have to be more careful and more proactive.

(In happier, if anecdotal news, right now when I do my self-exam I can’t find the lump that got me to get checked for cancer in the first place, so I hope that means it’s shrinking and not that I’m really good at self-deception.)