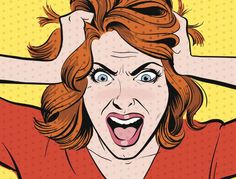 This is the third of a three-part discussion on things publishers do that turn me right off their role-playing games.

A big challenge in role-playing games is that they are usually read several times in greatly differing circumstances. In this section I focus on their ease of use at the game table. I’m not talking about system choices and mechanics, but strictly about how well the book supports game play.

At the game table, the reader will be trying to find specific information quickly, particularly rules information.

Poor organization for reference during play

As I said in Part 2, I know this is no small challenge. There are many ways to fail, few to succeed, and there will always be some readers for who your game structure doesn’t work. But it’s worth putting a lot of effort into, because that’s the purpose of the game as written: to be understood and then be played!

Cross-references (e.g., “For more on Equipment, see page XX”) can be very useful, but only if you have not scattered the information in too many places. If your setting and rules are intricately tied and constantly reference one another, for example, consider adding summary boxes, pull-out cheat sheets, and other play aids.

Yep, layout again! Good visual contrast between headings and main text, legible and well-identified inset boxes, and other such tricks make it easier to navigate a game book quickly. I can’t say enough about the importance of good layout.

By this I mean what happens when the authors and editors are so in love with the narrative voice(s) used to convey setting material that maintaining that front unblemished and consistent becomes more important than giving the reader the information needed. When Narrator Character wouldn’t know about the metaplot, so they can only drop hints…

This is like the little brother to the fiction overload I was describing in Part 2, except that instead of just taking up valuable page space, it creeps all around the text and muddles things so you can’t tell what’s fiction, what’s setting content, and what’s just plain BS.

This is 2016 and no one at my day job has yet figured out that Adobe Acrobat does bookmarks, but we’re geeks and we know better. It pisses me off when I get a largish ebook file without bookmarks, or with nothing but “Chapter 1, Chapter 2” to identify what bookmarks are there. If I’m going to use the file a lot, I actually spend the time to bookmark it myself, but that’s just silly. PDF, ePub, mobi files can and should all be fully bookmarked.

Gamers have been complaining for a long time about books without an index. I’ll grant, however, that this this is a bigger challenge for publishers: it takes time and money to build an index. I recommend making it pay for itself by using this step of the process as quality control: build the index, then work with it as you’re filling all the “see page XX” cross-references.

I also recommend building a master list of terms to check for when creating the index, using terms that gamers are likely to search for. For example, regardless of the specific terms used in your system, people will probably look for words like damage, healing, equipment, gear, experience, advancement, etc.

No character sheet or play aids

Gamers are accustomed to seeing the appendix section of a game book offer a blank character sheet and often other play aids such as example characters, character and setting creation worksheets, rules summaries, etc. But sometimes a publisher is unable to include these for logistic reasons: for example, it might blow the page count and affect budget, or perhaps, the schedule doesn’t allow the creation of these play aids in time to go to press.

That’s okay! You have a second chance: make these available online as soon as you can. This even allows you to post the play aids one at a time when they are ready, rather than wait for all of them. If you are prompt in offering the minimum expected, particularly the character sheet, fans will forgive you.

Edit: A final word about the examples used in this series

For those who take offence at seeing particular titles used as examples of “bad”, understand that honest critique is a tool to improve. Please note also that some titles or publishers appear in both the “good” and “bad” columns.

I tried to draw from a variety of eras, genres, production values, and publishers, and as much as possible to pair titles that had something in common that helped comparison.

10 thoughts on “How to discourage me from playing your game: Part 3”