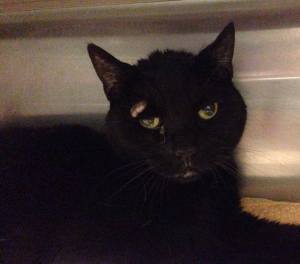 Two years ago today, Give Me Shelter Cat Rescue posted on Facebook about Phantom, a black cat who had been left at a San Francisco animal shelter, reportedly after spending fifteen years with the same people. An older black cat with a blemish (a supposedly benign tumour above his right eye), terrified of the brouhaha at the shelter and therefore not responsive to humans: he didn’t stand a chance. He was was going to be euthanized unless someone stepped up immediately to adopt him. Fortunately, a friend (thanks, Brian!) re-posted and I responded that Edmund and I would take Phantom. It was a Saturday; the volunteer from Give Me Shelter Cat Rescue later said that if we hadn’t piped up right then, Phantom probably would not have made it to Monday.

Phantom was terrified of his change of surroundings at first, and not too keen on sharing the house with two other cats, but he has the most amazing growl and established his little space. (No actual cat fights occurred, just occasional Sturm und Drang.)

Later visits to the veterinarian revealed that the first vet we saw, who had dismissed the tumour as benign, was an idiot. It was a mast cell tumour, and although our (current, really good) veterinarian removed everything she could, the tumour was too deep to completely excise. It’s slow-growing but some day Phantom may have full-fledged cancer.

But in the meantime, oh! What an awesome cat! He is such a lovely friend. He loves to follow us around, curl up in physical contact with us, especially between Edmund and I. Edmund is his favourite but I do get quite a lot of cuddles too. We’re so glad he came to live with us! Thank you, Give Me Shelter Cat Rescue volunteers. 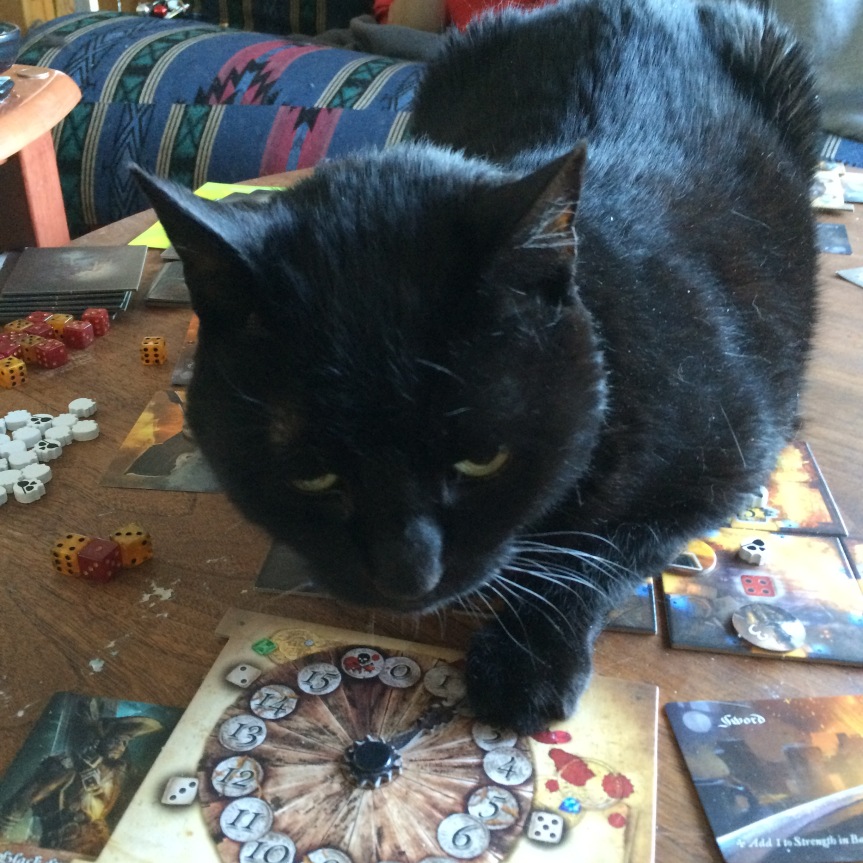