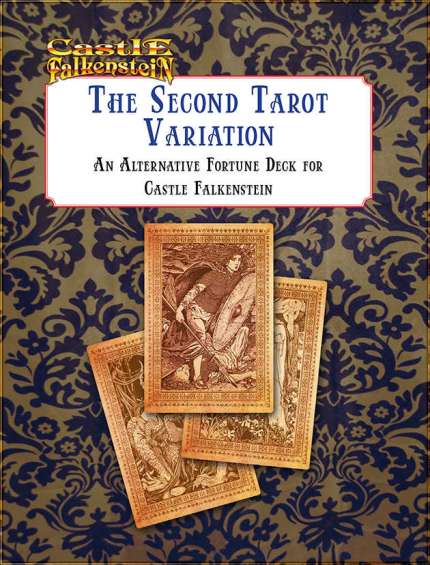 I’ve been a fan of Castle Falkenstein since 1994 when I grabbed a copy of the newly released role-playing game. I have run it straight at the table and online, I’ve adapted it for alternate systems such as Theatrix, PDQ, and Fate Core (though I’m still unenthusiastic about the spellcasting rules in the latter, need to think more about them). For many old gamers like me, R. Talsorian Games‘ Castle Falkenstein represented a sea change at the time, no longer concentrating on dice rolling and stat values as much as the fiction created around the player characters.

Although the original Castle Falkenstein books are long out of print, they were eventually scanned and released as PDF versions on DriveThruRPG. But until recently, the latest supplement released by RTG had been, if memory serves, The Memoirs of Auberon of Faerie in 1998; and a GURPS Castle Falkenstein supplement, The Ottoman Empire, had been released by Steve Jackson Games under license circa 2000.

This changed last year, when RTG allowed up-and-coming Fat Goblin Games to create and publish additional materials. Since last October, writer J Gray — long-time Falkenstein fan — has authored four supplements: Curious Creatures, a bestiary; The Tarot Variation, an alternate rule system for sorcery that uses a tarot deck instead of a regular playing cards; The Second Tarot Variation, which extends the use of tarot cards to all action; and Firearms and Margarine, an adventure.

J Gray is also a great person — and a great GM. Along with my husband, I’ve had the chance to play in J’s current online game. We’re alpha-playtesting a series of new alternate mechanic options that will allow customization of the Castle Falkenstein system for GMs who like to tinker. J has been recording the the episodes so far and releasing them as a podcast. You can see the campaign site on Obsidian Portal, and listen to the episodes on Fat Goblin GamesPresents. That will give you a preview of some of the rules we’re testing so you can try them too!