Three IVs in the left arm

Three drips on the pump

So yeah, November could have gone better on a personal level, but it could also have gone worse. Late in the evening of October 31, I started feeling bloated, burping but without passing gas. I started headed for bed but sudden pain made me throw up. I took some acetaminophen and simethicone (anti gas medicine) and finally went to bed, but did not sleep well; I had pain on the right side of the abdomen. The next day, I would have liked to see my doctor but Edmund got sick too and I didn’t feel I could drive.

On Thursday December 2, I got on Kaiser Permanente’s online system and requested a phone consultation with my general practitioner, as I was worried about the possibility of diverticulitis. She’s super nice and called me back immediately instead of waiting for the appointment time. She listened to my tale and sent me to get a CT scan right away saying this sounded like classic symptoms of appendicitis. This revealed a prodigious stupidity on my part: I said, “Isn’t the appendix on the left?” Because, you see, ever since college biology classes I know exactly where various organs are and can point to them on a chart… which is facing me. Yup, the chart’s left is my right, yup, I knew that…

So we went to the hospital and the CT scan confirmed an  inflamed and swollen appendix but revealed no abscesses, which was a good thing. I was sent to the emergency room and eventually admitted for a hospital stay. I was relieved to see that the surgeon who would be taking care of my case was Dr. Rhona Chen, who had performed my lumpectomy a year ago. She is great and everyone on the staff keeps saying she’s the one they request for themselves and their family. She is the very archetype of the surgeon, very smart, no-nonsense, fact-driven, stern, thorough. Dr. Chen diagnosed this as a ruptured appendix, but possibly a small rupture that had not cause fecal fluids to escape. the

Because I had been on coumadin (a blood thinner) since my pulmonary embolisms in February, and because the scan revealed neither abscess nor pooling fluids and therefore it was not a peritonitis case, the surgeon had me put on a heparin intravenous drip (an anticoagulant that is used for surgery, allowing higher blood thickness and thus reducing the risk of hemorrhage.) I also received high-grade IV antibiotics, and fluids because I was dehydrated and could not not be allowed to eat or drink in case I had to be rushed to surgery.

So yeah, the first few days were spent under close observation with three IV drips going at all times, waiting for my blood to get in the right anticoagulant and viscosity ranges. During that time, the antibiotics brought the inflammation down, the pain subsided, and after five days I received a new CT scan. This, and my blood test results, showed that indeed the inflammation was decreased. So Dr. Chen kept me under observation for a bit more but allowed me to have solid food, and changed my heavy-duty antibiotics to milder ones that could be administered only periodically, about 20 minutes of IV every six hours instead of nearly constantly. 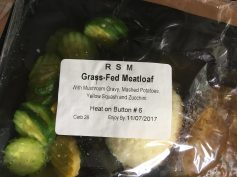 … which can be strange.

Freedom: so close and yet so far…

Although I still had to have all my intravenous catheters in place, I now had only one drip on for much of the time, so that was an improvement. And let me tell you, between constantly getting blood samples taken, and having to rotate the catheter locations due to bruising and vein collapse, I was a mess. My veins are small and crooked and “roll” easily, so it’s always hard to find a good spot. By the end of my stay at the hospital, both my arms were covered with bruises but at least the nurses did not have to start looking in other spots.

I was kept on heparin during the transition back to Coumadin because the other transition medication that is normally used, Lovenox, requires abdominal injections that get pretty sore, and could have masked abdominal pain from the appendix. Since the latter would have been a sign that surgery was needed after all, the hospital pharmacist did not authorize Lovenox and so I had to stay at the hospital until my blood was thin enough to prevent pulmonary embolisms.

Tales of the Arabian Nights…

During my stay, Edmund visited me several hours each day and drummed up visitors and calls for me. We played board games, at first on my little table in the hospital room and later, when I was able to walk further (with my IV drips!) and needed less supervision, in the vending machine room where there are a few tables. Thank you to all my friends who checked on me!

At last I got out, in time so I could attend the monthly meeting of the Planning Commission (I’m a commissioner) and our friends’ annual Thanksgiving potluck. Still, the rest of November was a shambles and I’m barely beginning to catch up.