Paul Mitchener came up with a new writing challenge on role-playing games called “12 RPGs for the 12th Month” (see the full list of questions here.)

You’re running a historical or alt-historical game. What place and time in history do you choose? Are you including fantastical elements of any sort, and if so, what?

Where to begin? I love so many (alt-)historical. I particularly love the ones that make me learn about a time and place I am not familiar with. Over my 35 years of gaming, I have learned about so many cultures thanks to reading spurred by games, from Tokugawa-era Japan (playing Bushido Hero) to the Roanoke colony in 1587 (playing Roanoke, of course), to the Great Chicago Fire of 1871 (prepping for my Monster of the Week campaign), etc.

Actually, screw that—I know exactly where I would to play: in one of the great African empires we never hear about (except as inspiration in a handful of setting books like Nyambe or Spears of the Dawn.) I would like to walk the streets of Koumbi Saleh, capital of the Ghana Empire, meet envoys from the Malinke Kingdom or the Mali Empire, and Takruri traders bringing gold and cotton from Bambuk. I would like to see Axum and Carthage, the Kongo Kingdom and the Mutapa Empire. I would like to walk where I never get to, even in a role-playing game.

Would I include fantasy elements? Yes, I would use legends from the time and place in question, and take them at face value. Shapeshifting, sorcery, monsters, ancestor spirits, orisha… They all sound like wonderful elements to include. 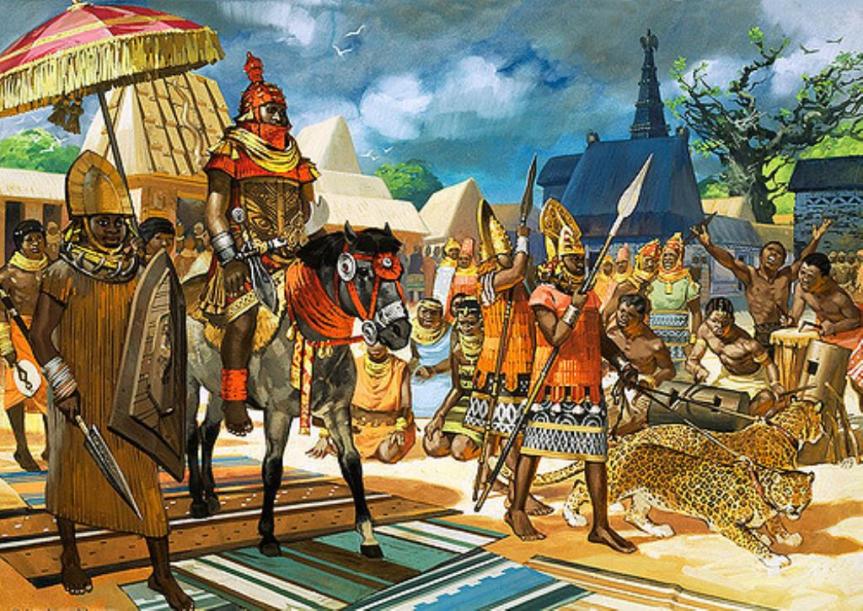