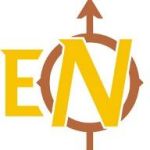 The 2018 ENnie award nominees were announced on July 4 and as of July 11 the public can vote for their candidates of choice.

Every year I am flabbergasted that some high-quality releases did not make it onto the list. I know one reason for their absence is that it’s a big job and expense for small press publishers to send the application package. But even so, some electronic releases must surely have been submitted?

Conversely, I am also surprised, every year, by how many names I don’t recognize. I live and breathe RPGs, I have made the majority of my friendships through gaming, I read RPGs like others read the Wall Street Journal. In social media, I mostly talk about RPGs, with other gamers.

This year is a little more striking than usual on both fronts, taking me back to the earlier days of the ENnies. And that’s when I remember…

The awards were created in 2001 to celebrate excellence not in “tabletop roleplaying gaming,” but a very specific family of RPGs: D&D 3rd edition, and D20-based games by an online magazine, EN World, that focused solely on these games at the time.

Over the years both the magazine and the awards have started paying attention to other role-playing games and because of the leverage from the largest seller in the RPG world, the prestige of winning an ENnie is powerful. Anyone whose work is nominated has a right to feel proud and excited. Heck, when my own game made it onto the nomination list a couple of years ago, I was thrilled. I knew I was not going to win but it was great to have made the list.

That said, the ENnies don’t even come close to representing the extent of the RPG publication world in a given year, small as it is. Moreover, they are easily “gameable” (ha-ha) both at the nomination stage and the voting stage, by which I mean that a group of resolute fans or opponents of particular games can deliberately skew the results. FFS, the list of candidates for 2019 judges does not even include a single woman among the 12 listed, and all but two are white men. I knew one name among the twelve (Felipe Silva.)  How representative of the RPG world could this be?

In short, I don’t think that winning an ENnie is meaningless, far from it; but I do think it’s largely a fame award among a specific demographics. If you made the list swimming against that current (e.g, Bluebeard’s Bride, City of Mist, #feminism, Harlem Unbound) then you doubly deserve your nomination. But I feel sorry for all the creators of high-quality content whose work is not even on the nomination list; they deserve better.

In a way, I think even a solo effort like the BAMFsies for best in superhero gaming may have more worth in terms of quality, if not fame. (Alas, they did not have a 2018 edition — get better soon, Victor Von Boom!)

I’m not planning to set up an alternate awards show, but here are a few RPGs and related releases that appeared in the period the 2018 ENnies are based on (May 1, 2017 to April 30, 2018) which I think deserve celebrating despite not making the list.

I did not list all the categories these could be nominated under (cover and inside art, layout, cartography, etc.) because this post would inflate ridiculously. (For example, Blades in the Dark got ENnie nominations for best game and product of the year, but none for cartography.) I make no claims to completeness; in fact I know I’m missing large segments (e.g., the 7th Sea, Mutants & Masterminds, Shadowrun, World of Darkness, and other supplement-rich lines).

But I do know that these were as good as, or better than, about half the names that made it onto the list of nominees.

3 thoughts on “Is ENniebody listening?”