The best places I know for RPG treasure finds are (1) the used game section at some Friendly Local Gaming Stores such as EndGame in Oakland, and (2) Half Price Books. Although my greatest finds lately have been from nice people in the gaming community looking for a good home to their books when clearing shelf space!

OMSFSM, Scrivener! I love it so much!

I wrote War of Ashes: Fate of Agaptus on LibreOffice and it worked well enough, but by the time the manuscript got to about the 50% mark, it started being a real chore to revise and restructure. By the time I finished, it was 221 pages that we were passing back and forth between writer and editor to handle in LibreOffice and MS Word, and it was rather unwieldy.

Towards the end of the process I downloaded Scrivener but I was too far along to try converting the document. However, when I worked on the Open Content materials from War of Ashes later on, I tested a variety of more advanced writing tools (mostly distraction-free editors and LaTeX-based power tools), with the most promising being LyX and Scrivener.

In the end I decided that Scrivener was a good option for me. It was powerful, flexible, inexpensive, multi-platform, easy to learn thanks to its great tutorials and manuals, and supported by a vibrant community.

When I say inexpensive… The macOS, Windows, and iOS versions go for $40, just enough to cover minor support costs, and you can download a free trial version. The Linux version (that’s the one I use) is free because it’s unofficial but the user community is very helpful, and I ended up sending my $40 as a donation because it was worth every penny.

It has so many features and so much flexibility to work the way you want. I use it right from the planning stage to create my structure and outline, and to gather my writing resources: publisher’s guidelines, references, examples, cheat sheets, lists of names, notes I jotted down, etc.

I use its metadata features to add notes to each section such as keywords, actions needed (“Write examples of play,”) references cited (“Top Secret, TSR, 1980,”) status (“first draft”), or who will be a collaborating author on this section.

I have Scrivener set up to save the draft in my working folder and create a backup on Dropbox, in addition to using iDrive for my regular computer backup. On top of that, every time I stop working for the night or reach a significant milestone, I compile an export version of my draft in .docx format and post it for my publishers on Google Drive so they can follow my progress, and have a work product in hand if anything happened to me.

But I kind of got used to its ease, and I forgot what an improvement it was! Except that when I stopped to take stock of my progress tonight, I looked at the page count and realized what a chore the current drafts would be to handle on a basic word processor. In addition, I had reworked several individual sections of the Tianxia Rules Companion this weekend and instead of being a major hassle to locate the sections to edit in the middle of a manuscript, it was a breeze. So I just had to say a word for useful software! 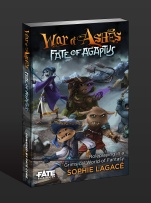 War of Ashes: Fate of Agaptus 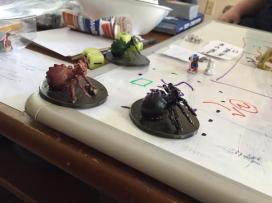 That’s my mouse, running away from three giant spiders and dragging the bad guy with me.﻿

The Mouse patrol defeats the weasel.

As requested by a fan of Evil Hat Productions, here is some information on running a Mouse Guard game using the Fate system. TL;DR: My thinking process, followed by lots of useful links at the bottom of the post.

When I was in the final stages of writing War of Ashes: Fate of Agaptus for Evil Hat Productions, I wanted to test the rules we had grafted onto Fate Accelerated to support the use of miniatures. I wanted to check whether they would play well when used in another setting and handled by a game-master who wasn’t part of the development team. My friend Kit was nice enough to run it for us using the setting from the Mouse Guard RPG (Archaia Studio/Burning Wheel Games) and the episode was a success. I later ran it a few times at conventions and it was great fun.

Recently someone (Tim R.) wrote to Evil Hat to ask how we made these adaptions. I never posted any notes before because in truth, this was not a full-fledged conversion. However, the Fate Accelerated engine is excellent for  conversions-on-the-fly! And I think the miniatures rules we came up with work very well with otther settings, especially fantasy settings.  END_OF_DOCUMENT_TOKEN_TO_BE_REPLACED

The rate at which proposed  regulation, crafted by the American Far (“Christian”) Right, targets women’s most basic rights has been accelerating over the last several years. Bills that used to be outlandishly unthinkable are now commonplace, what with the Republican Party having wholly embraced the right-wing fringe, especially in its Dominionist flavour.

A protest against proposed draconian restrictions on abortion last week at the Texas legislature was only the most recent to draw parallels with Margaret Atwood’s 1985 dystopian novel about an ultra-Christian future of gender-regulated servitude, The Handmaid’s Tale.

Of course, the upcoming release of Hulu’s series based on the novel has also brought the book to the forefront of pop culture again, but the novel has been increasingly mentioned in news, streams, threads, and conversations about the Right’s treatment of women.

Earlier this week I was reading about the original critical reception to Atwood’s landmark book. It was darkly funny to learn that some reviewers — like the New York Times’ Mary McCarthy (Feb. 9, 1986) — felt its premise was too unbelievable to be successful:

“Surely the essential element of a cautionary tale is recognition. Surprised recognition, even, enough to administer a shock. We are warned, by seeing our present selves in a distorting mirror, of what we may be turning into if current trends are allowed to continue. That was the effect of ”Nineteen Eighty-Four,” with its scary dating, not 40 years ahead, maybe also of ”Brave New World” and, to some extent, of ”A Clockwork Orange.” “

“It is an effect, for me, almost strikingly missing from Margaret Atwood’s very readable book ”The Handmaid’s Tale,” offered by the publisher as a ”forecast” of what we may have in store for us in the quite near future. A standoff will have been achieved vis-a-vis the Russians, and our own country will be ruled by right-wingers and religious fundamentalists, with males restored to the traditional role of warriors and us females to our ”place” – which, however, will have undergone subdivision into separate sectors, of wives, breeders, servants and so forth, each clothed in the appropriate uniform. A fresh postfeminist approach to future shock, you might say. Yet the book just does not tell me what there is in our present mores that I ought to watch out for unless I want the United States of America to become a slave state something like the Republic of Gilead whose outlines are here sketched out. “

It’s worth reading the entire review, it seems like a point-by-point comment on current news, 32 years after publication. It’s hard to believe these days that McCarthy found A Clockwork Orange’s dystopia more likely than the one in Atwood’s “palely lurid pages.”

[Edit: Here are some very current topics touched on in The Handmaid’s Tale which I jotted the last time I read the book:

And I bet I missed some.]

Partisanship has been increasing over the past 25 years. The Republican Party now controls the U.S. Presidency, Senate, and House of Representatives, as well as the “trifecta” (governorship + both State congressional houses) in 25 state legislatures, the senate in 12 more states, the house of representatives in six more states, and governorship in eight more states, and soon the ninth and deciding seat on the U.S. Supreme Court. The trend is clear, and it is frightening.

Credits: Photo by Nan L. Kirkpatrick, as seen on Vulture.

28. What film or novel would you be most surprised that a friend had not seen or read?

Because I move between various game groups both in person and online, as well as play at conventions and game days, I have a lot of people in my gamer circles. They come from diverse backgrounds, a spread over decades in age, so there is a lot of variety in favourite movies and books. I’m generally slightly surprised when a role-player says they have not read The Lord of the Rings or seen Star Wars, but it’s not exactly shocking, especially with younger players. 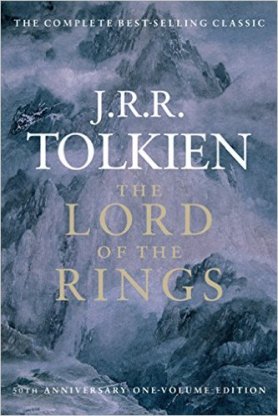 26. What hobbies go well with RPGs?

15. What types or source of inspiration do you turn to most often for RPGs?

Everything. Books, television, movies, music, comic books, art, even food. As I answered last year to a similar question, you could say my source is immersion. Whether creating a new character or planning to run a gain, I like to surround myself with sources of inspiration: music, books, movies, images, online sources, etc.. I browse the ‘Net for related materials, I scour my creaking bookshelves, I cook recipes from particular cultures, and so forth.

8. Do you prefer hardcover, softcover, or electronic books? What are the benefits of your preference?

If I’m going to be playing at the game table, I prefer a print book; hardcover or softcover preferences depend on the dimensions, quality, etc. I adore the surface of Evil Hat Productions’ hardcover books in the last three years.

For checking out a book and figuring out whether I want to get into the game, though, I prefer an ebook, whether .mobi or .pdf format. I bought an inexpensive ($50) Kindle Fire 7″ tablet last winter and loaded it with electronic game books I had accumulated for years, making them way more accessible. It’s super-handy and affordable.

The 2016 ENnie Awards nominees were just announced and War of Ashes: Fate of Agaptus has made the list in four categories:

It’s up against high-quality, popular releases but it’s so nice to be on the list. (Now I know that at least four people read it!)  ^_^

I am so very fortunate that on my first professional writing gig in the role-playing world, Evil Hat Productions let me create a book the way I wanted to, with the support of their fantastic knowledge and staff resources. It doesn’t get any better!