It takes a geek village: tonight we tried the Dragon Age RPG for the Underage campaign that Edmund has been running for two 10-year-olds and two parents plus me, ported to Roll20 for the first time. We had last played in person the weekend before the Bay Area counties decided to shelter in place.

To help the kids focus their plan, I yanked the Scheme Worksheet from Mistborn RPG, and it really helped.

Here is our start page on Roll20, with all the pets, er, animal companions the party has collected…

8. What is a good RPG to play for sessions of 2 hours or less?

[Wherein I give up on picking a single option.]

If you’re going to plan on a 2-hour game, you had better use a streamlined system with rapid character creation. Systems that are well-suited include Fate Accelerated, The Shadow of Yesterday, PDQ, Wushu, Over The Edge, etc. 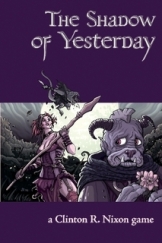 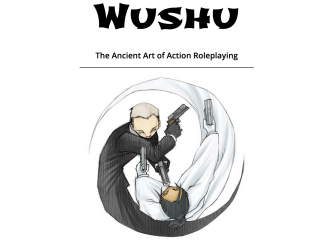 END_OF_DOCUMENT_TOKEN_TO_BE_REPLACED

I’ve been remiss in publishing my playtest notes for Do: Fate of the Flying Temple. My two feeble excuses are (1) how busy I’ve been, and (2) the vain hope I had of cramming in more play sessions.

I ran Do:Fate of the Flying Temple for my husband Edmund, our friend Paul, and Paul’s ten-year-old son Kaito. We had all played the other game it’s based on, Daniel Solis’s Do: Pilgrims of the Flying Temple. In fact, this is how we got the memorable quote from Kaito, trying to remind his father that they own that book: “It’s the brown book with the kid with the really spongy hair and the very green dragon!”

The adventure begins when the pilgrims return to the Flying Temple after answering a letter, only to discover that the Temple has disappeared. Left behind is a single dragon egg (cue the Targaryen jokes), which of course will soon hatch—and spit out a letter petitioning the Flying Temple for help. As part of the playtest setup, we were assigned the adventure “The Worlds Collide” by Colin Fredericks (found on p. 34 in Do: Pilgrims of the Flying Temple.)

The pilgrims’ players get to give the dragon some aspects, and more will be created in play as the pilgrims answer more letters. The dragon is supposed to learn and grow from the pilgrims’ actions and reflect their choices for better and for worse. It’s a built-in way to show the players what their characters have accomplished and where they are headed.

Even with the background from Do: Pilgrims of the Flying Temple, it was a little hard to get the game concepts across to Kaito, who is at the age of munchkinery and was trying very hard to game the system to have only advantages and no real trouble, or at least export his trouble onto others. He thinks in terms of computer games—bonuses, attacks, and powers—so he had an easier time grasping stunts than the more abstract aspects and approaches. He had a hard time committing to a choice, clearly worried that he was not optimizing as much as he could (which is funny, because even in this more power-based sort of game he’s not very good yet at optimizing, but hey, he’s ten.)

Things went a little long when it was time to pick dragon aspects, but they ended up creating Marmalade the orange dragon, with the aspects Elemental Earth Dragon, Inherited Wisdom of the Ages, and Guardian of the Diamond. I had also assigned the aspect Colliding Worlds to the adventure and made it visible for all to use, and of course the overarching The Flying Temple is Missing! aspect was in play.

Unfortunately, the game kept being interrupted by phone calls, text messages, and even a guest who arrived much earlier than expected. With each distraction, Kaito’s mind wandered a little more as well, so it was increasingly difficult to return to the game. This was compounded by the letter we had received, which was not one I would have recommended for this group. The problem was not immediate enough to hold the group’s attention, the language too flowery for Kaito, and no one could keep the faction, planet, and character names straight.

While the final interruption (the guest) put an end to the adventure and prevented us from finishing, we did have A number of aspects created in play, including Big Chunks of Eggshell (a boost), Friendly Ghosts in the Area, We Must Destroy Ishita, and another boost, It’s Bright and Clear, Now! which referred to the weather. I was getting the sense that the resolution was moving towards picking a side in the collision, not avoiding it.

We did not get a chance to try the Elegant Defense manoeuvre, an innovation of the game, nor to see the results of the lessons on Marmalade the dragon. Nevertheless, I want to try the game again because I think it’s very simple and elegant, but my gaming time has been severely rationed.

Image by Liz Radtke, first created for Do: Pilgrims of the Flying Temple. Used without permission, no copyright challenge intended.

I love you all, you know I do. And because I love you, I’m going to share the character sheet I just whipped together for this weekend’s playtest of Do: Fate of the Flying Temple.

But because I love you, I also respect you, so I must be truthful with you: I didn’t actually create this for you. I created it in the hope that it would be fun and helpful for my players, especially kids. 🙂

So here we are: if you want the PDF, click here; if you want the JPEG version, click on the image below. Fellow playtesters, feel free to use as needed; and fans who can’t wait for the game to come out and just want to create your own hack: Have at!

Yesterday, I received the playtest document for Do: Fate of the Flying Temple, which will be one of the final stretch goals from Evil Hat Productions’ Kickstarter campaign for Fate Core.

Here is the official pitch for the game:

In Do: Fate of the Flying Temple, the Flying Temple has mysteriously drifted away from its home in the center of the sky. It’s up to the Pilgrims to explore the worlds of Do to uncover the mystery. Along the way, they must raise a young dragon left behind after the temple’s disappearance.

This game is intended to be friendly to family, kids, and new gamers without dumbing things down. Its inspirations include Avatar: The Last Airbender, The Little Prince, and How to Train Your Dragon. It will be written by Mark Diaz Truman using the Fate Accelerated system and the setting from Daniel Solis’ lovely storytelling game, Do: Pilgrims of the Flying Temple.

The playtest document is not the the full book that will be released later this year, but a short and sweet Fate Accelerated hack to play in the setting of the original story game, with simple but elegant additions. Most prominently, the Pilgrims (player characters) soon find themselves with a baby dragon to raise, and the dragon is treated as a sort of communal character thanks to the Fate Fractal, with everyone contributing dragon aspects a bit like group vehicles or organizations in Fate Core.

The dragon acts, changes, and grows to reflect the lessons learned with the Pilgrims; in this way, the GM gets to “show them what they did” to borrow the expression Elizabeth Sampat uses in her own game Blowback. I find this is always useful in role-playing games: convey to the players the changes their characters have effected on the game world. Here, the dragon becomes an embodiment of these changes, for good or ill. If the Pilgrims are careless, arbitrary, or unkind then their dragon will learn this behaviour from them and reflect it—resulting in consequences which the Pilgrims will have to deal with.

The other simple but useful refinement to FAE is instructions for the use of campaign and adventure aspects suggested by the fiction. Letters keep arriving for the Pilgrims, requesting help, and each letter suggests some temporary aspects. With the playtest rules came one of three sample letters to the Flying Temple (I believe these letters were randomly assigned to the 40 or so playtesters.) Ours is “The Worlds Collide” by Colin Fredericks (found on p. 34 in Do: Pilgrims of the Flying Temple.)

Based on what I’m seeing, I expect that the full book will need to offer a good deal of advice to GMs on how to plan and run adventures based on letters to the Pilgrims. With any luck, this would be a useful feature for all Fate GMs, especially if helps with improvisation.

Barring surprises, I will be trying this adventure with a small group this weekend.

Images by Liz Radtke, first created for Do: Pilgrims of the Flying Temple. Used without permission, no copyright challenge intended.

I’m looking forward to running playtest games for Do: Fate of the Flying Temple. For those who are not familiar with the title, this is one of the final stretch goals from the incredibly successful Kickstarter funding campaign which Evil Hat Productions ran for Fate Core back in January 2013. The beta playtest document will be sent to playtesters in a few days, and I can’t wait.

Here is the official pitch for the game:

In Do: Fate of the Flying Temple, the Flying Temple has mysteriously drifted away from its home in the center of the sky. It’s up to the Pilgrims to explore the worlds of Do to uncover the mystery. Along the way, they must raise a young dragon left behind after the temple’s disappearance.

This game is intended to be friendly to family, kids, and new gamers without dumbing things down. Its inspirations include Avatar: The Last Airbender, The Little Prince, and How to Train Your Dragon. It will use the Fate Accelerated system and the setting from Daniel Solis’ lovely storytelling game, Do: Pilgrims of the Flying Temple.

In the latter, the players took the roles of Pilgrims of the Flying Temple sent to answer requests for help. I had the pleasure and pride of supplying one of the letters for the core book back in 2008 or so when it was being designed. I have played this game with many groups of children and they always seem to enjoy it very much, so expect the response to the Fate-based sequel to go well, and of course the Fate Accelerated system is solid.

I’ll report in a few days when I have my grubby mitts on a playtest copy. Thankfully, Evil Hat Productions believe in transparency and encourages playtesters to share their observations.