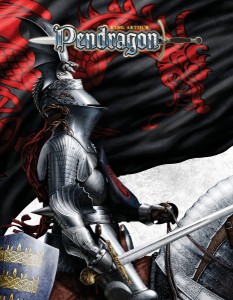 I just got my PDF copy of King Arthur Pendragon 5.2 a few weeks ago. I started browsing it — and I do not understand its problem with women.

Yes, yes, Greg Stafford makes efforts to open up character creation a bit for female characters. Look, I’ve been playing Pendragon for thirty years and I have made female characters under every rule set. Incremental change, yeah, that’s great, but still missing the point.

Arthurian romance and the roman courtois genre largely became popular in its time because women read the stories, or had the stories read to them. Fan favourite Thomas Malory came in on the tail end (no pun intended) in the mid-15th century with Le Morte d’Arthur but the really interesting materials were written long before, and among the authors were women. Marie de France was writing Tristan and Iseult stories in the 12th century, Christine de Pisan wrote Le Livre des Faits d’armes et de chevalerie just before Thomas Malory was born. 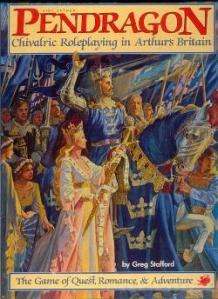 “fulfill all non-epic functions without complications. Their anonymous existence is implied or accepted through the feudal world. They remain faceless and nameless. Such women have no individual character sheets; they are all Gamemaster characters. These generally include the unplayed wives of player-knights.”

“have some individuality. They usually have names, or are at least known as the daughters of their fathers. [They] are often widows, mothers of vengeful men, heiresses, or healers of note. They are commonly accused of or found to be using minor magic. They are often among the major Gamemaster characters that will interact directly with the player-knights on a regular basis. They generally do not have complete character sheets.”

Extraordinary women can be player or Gamemaster charaters.

Extraordinary women in Malory include Queen Guenever, the beautiful wife of King Arthur and head of the Courts of Love; Queen Margawse, widow of King Lot, a dabbler in witchcraft and the mother of Sir Gawaine and his brothers; Queen Morgan le Fay, the mistress of Faerie, an enchantress supreme who has a passion for Sir Lancelot, hates Guenever, and plots trouble for her brother, King Arthur; Lady Viviane of the Lake, who gives Arthur his sword, Excalibur, and is killed by Sir Balin; and Lady Nimue of the Lake, guardian of the High King’s court against wicked enchantment, once Merlin is gone.

It’s telling that we read this discussion for women’s characters but not men. It illustrates the fundamental thinking: characters are male by default, women are variants. After all, wouldn’t the three tiers — ordinary, important, and extraordinary — apply to male characters?

Moreover, the examples of extraordinary women provided in this discussion are restricted by the filter. The tales that Malory mined also offer Enide from Erec et Enide (Chrétien de Troyes) / Gereint ac Enid (Welsh romances); Iseult/Isolde the Fair, she of Tristan’s longings; Dandrane, Percival’s sister and herself a quester (Perlesvaus); Queen Ygerne/Igraine, Arthur’s mother; Laudine the Lady of the Fountain, and her clever maid Lunete; Olwen, daughter of the giant Ysbaddaden Pencawr; etc. — none of which get airtime in KAP 5.2.

(By the way, the original romances also include a few persons of colour, men and women.)

My point is, women were a key audience for the source material, were represented among the earliest writers we know of, were present as active characters in the tales, and have since spent a lot of time, effort, talent, study, and ink over these stories. Why is it so hard for a game writer who has been at it for over thirty years himself to notice all these women? To notice that women want to write, read, GM, and play Arthurian romances, not as quest objects or rewards, or as eternal support characters, but as protagonists?

Yes, I know an effort was made. I can’t but notice it since I am graciously told:

Generate a female knight exactly the same way you would a male knight. In the real world, women are statistically smaller and weaker than men by about 15%, but female knights should be allowed to use the same Attributes for men to generate female characters. […]

Oh, thank you, Good Sir! I will be allowed to play my 6th century knight in 15th century armour à la Malory and not be hosed by the game rules for playing a woman? Thank you, thank you!

And then the section goes on to inform us that female knights should be called “Sir”, not “Lady” or “Dame” because that’s something entirely different. Really! I assume that Queen Eleanor of Aquitaine, at whose court author Marie de France sat, was called “sir” when she rode in armour with the Second Crusade?

Pendragon 5.2 does not in fact prevent you from playing a woman knight, nor add stat penalties. It’s just sanctimonious in a “We really should penalize you, but we’re so nice,” begrudging kind of way; and erases important female characters and authors from its discussion.

Greg Stafford answers a straw(wo)man version of the issue in his short essay “This is a Sexist Setting.” However, he phrases it as if the setting had an objective external existence and he was its defender. It’s important here to be clear on what “the setting” is. Are we talking about:

My complaint is that showing women as full and empowered characters in Arthurian romance should not be an afterthought, but a key piece.

I’m tired, exhausted of the backhanded gifts, the grudging concessions, the caveats, the faux “realism,” the obliviousness to the existing, long-standing participation and contribution of women. Why are you trying to open the door as little as possible rather than throwing them wide open? Why do you not see the ample precedent you have in and around the source material to justify erring on the side of openness? 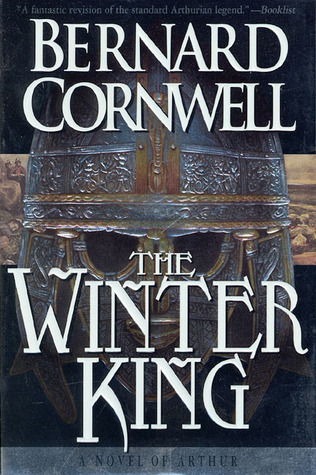