On Labour Day weekend at CelestiCon, Edmund and I had a great time playing in two of our friend Alan’s hacks, both Powered by the Apocalypse: Just Sentinels (an adaptation of another hack by James Mullen, Just Heroes, to the setting of Greater Than Games’ Sentinels of the Multiverse cooperative card game); and Mass Effect (a hack emulating BioWare’s critically acclaimed video game series.)

You need to check those out, they’re great. I love the way Alan tweaked the Apocalypse World engine to fit two different settings; it feels like he’s put a lot of thought in the various moves. It  was my second time playing Just Sentinels and both times we produced fiction that went spectacularly well with the original Sentinels of the Multiverse game and comics. The first time we had Legacy, Absolute Zero and Tachyon as player characters (I played Tachyon); this time it was just Edmund and I playing The Wraith and Nightmist respectively.

It was our first time playing Mass Effect but the third instalment since Alan runs it every year at CelestiCon (we attended a different convention on previous years.) We got to meet with three returning players, Nic, Renee and Xander, and they were fantastic.  Everyone was so good at riffing off other players’ ideas!  I had an absolutely wonderful time. 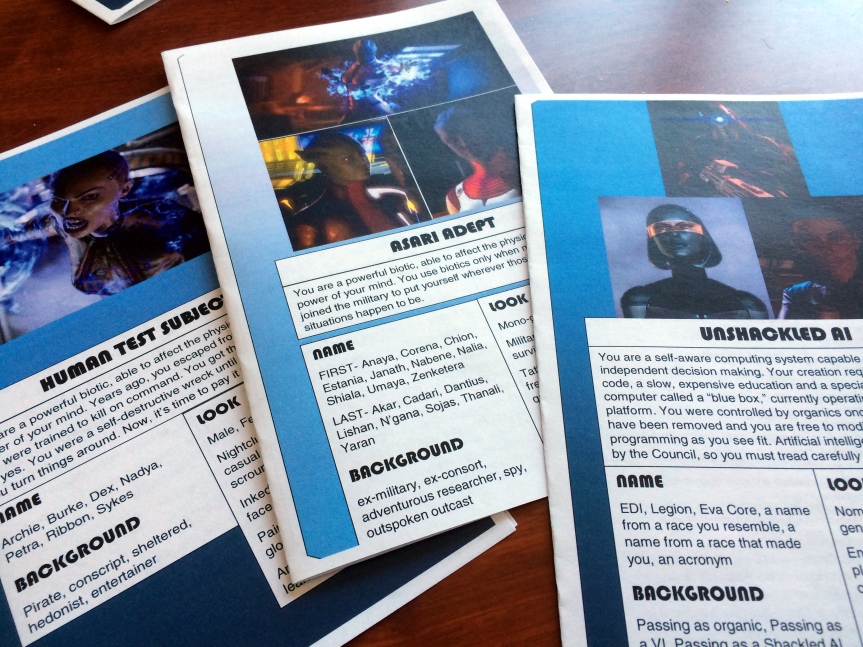