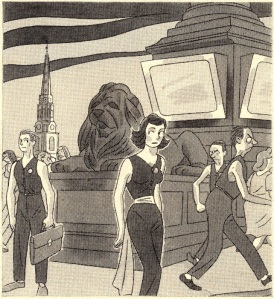 Wading for Your Dues

All right, let’s roll up our pant cuffs and put on our rubber boots, we’re going wading in last year’s sludge.

Last year, Mark Diaz Truman posted a reflection on his company blog (Magpie Games) regarding perceived abuse between two sub-communities of gaming, focusing respectively on OSR and story games. A few days later, Mark followed up with a FAQ explaining his position in more detail.

At the time I posted my reactions to these, to the damage that resulted, and to the separate answer Mark had given me. The thing that made me blow my top at the time was this:

I’d love to talk with you more about how this is playing out Sophie. I’d also encourage us all (including me) to look at the effects 3 mo, 6 mo, and a year down the road. This week has been hard, but I believe that many of the conversations I’ve seen have the potential to blossom into something productive. That said, I hear you! And I’m eager to discuss more and listen more.

What angered me was that people who had been hurt by Mark’s posts were essentially told: “Wait another three to twelve months, maybe something good will come out of it and make the harassment your received worth my while.”  END_OF_DOCUMENT_TOKEN_TO_BE_REPLACED

I have not forgotten that I promised to go back over the “Two Minutes Hate” issue for the three-month assessment of its impact onto the tabletop role-playing community, and particularly the parts of the community centering on indie and small-press games. Since I started the assessment, I have tallied responses from a variety of threads online, and discussed with and interviewed many people closely involved with and/or affected by the events.

In short, based the evidence I collated I believe that after three months (I’ll get back to this in a moment), the impacts of “Two Minutes Hate” and its follow-up FAQ have been more negative than positive, and that the negative impacts are disproportionately felt by a few people who were already on the receiving end for frequent online abuse. The post failed to clearly convey Mark’s intended message and caused harm both directly and indirectly to people singled out as examples. I see the following as key errors:

END_OF_DOCUMENT_TOKEN_TO_BE_REPLACED 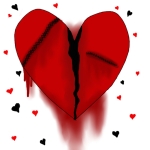 In late July, Mark Diaz Truman posted a reflection on his company blog (Magpie Games) about a perceived conflict in tabletop role-playing sub-communities, followed by a FAQ a few days later. I gave my own opinion back then when Mark asked, in response to my disagreement:

I’d also encourage us all (including me) to look at the effects 3 mo, 6 mo, and a year down the road.

It’s time to check in on the effects of the post after three months. Mark concluded his posts with:

I want to inspire conversation and self-reflection, and I believe that people have engaged in productive discussions both online and offline as a result of the post.

If you have been following the various conversations that Mark’s thoughts sparked, if you have some familiarity with the tabletop role-playing community and particularly with the subsets Mark focused on, OSR and story games, what if anything did you observe? For example:

If you can cite data, like Jessica Price and Jason Corley did last time, extra special thanks.

Brouhaha in small role-playing sub-communities, of little interest to most people but with profound impact to a few. On July 26, Mark Diaz Truman posted a reflection on his company blog (Magpie Games) regarding perceived abuse between two sub-communities of gaming, focusing respectively on OSR and story games. The comments on Magpie Games’ blog and Mark’s Google+ discussion thread numbered in the hundreds, and a myriad of additional discussions both public and private erupted. Today (July 31), Mark followed up with a FAQ explaining his position in more detail [Edit: with its own G+ thread].

I will let people slog through the discussions if they are interested but I will not provide a summary. If you know people involved you will probably form your own views; if you don’t, you probably don’t care. But I will provide my own opinions and then address an answer I received from Mark.

(Adapted from comments made on various threads as well as directly to Mark.)

I love Mark’s intentions, as a community-builder and a peace-maker, but I believe his perception of the situation of the situation is incorrect on many points. In particular, I think he equates behaviours on the part of various individuals (the ones he cites in his original post) that are simply not equivalent at all. In doing so, he appeared to excuse individuals that have a long, well-documented history of online abuse while placing the victims of such abuse in a position of equal blame.

Second, conflating this with OSR versus story games is odd and confusing. The vast majority of indie/hippie/story gamers I know also play OSR games. However, of course there are  sub-communities within these small circles that are less friendly than others; but describing this as two communities at war is bemusing.

Third, I do believe that anger has a place in effecting change, and “civility” cannot be the sole, enforceable mode of discussion. Let’s be clear: for those of us who  feel invisible at times, deeper change is the goal, not fostering unity in a particular geek sub-community. Rejecting anger and its manifestation skirts too close to a tone argument for my taste.

I have a large number of geek women and non-binary people in my circles (there are more than most people realize and they are the primary targets of abusers.) I saw several privately posting their dismay at Mark’s post, which they perceived as gaslighting and support of abusers, despite Mark’s statement to the contrary. Several mentioned that they were venting privately to their select circles because they did not want to become abusers’ next target. Some were brave enough to post openly on public threads like Mark’s (my hat is off to the ones fearing but standing up!)

I also saw several public posts by known bullies and online abusers as well as their supporters crowing over this perceived vindication and use it as fuel to launch whole new attack campaigns at their favourite targets. I find it nauseating.

It’s worth checking who reports and to believe the women and minority gamers who report having been abuse targets. Again, the uncivil discourse from various parts is not equivalent. The problem is not general discourse, it’s about extreme edge cases. It’s about missing stairs.

I do appreciate Mark’s intentions and his appeal to being the best persons we can be by listening, apologizing and collaborating. I just don’t think the later is always achievable or even advisable.

Mark’s new post on the topic is intended to “both make some apologies and clarify [his] position.” However, as an apology it falls short of the benchmarks; one stalwart commenter pointed out that it fails to provide:

After looking at the after-effects for the better part of a week, I believe Mark’s posts have caused more harm than good to the gaming community(ies) and particularly, as many have pointed out, sent the usual targets ducking for cover rather than providing them with support. When I express my sadness at this step backward, Mark answered:

I’d love to talk with you more about how this is playing out Sophie. I’d also encourage us all (including me) to look at the effects 3 mo, 6 mo, and a year down the road. This week has been hard, but I believe that many of the conversations I’ve seen have the potential to blossom into something productive. That said, I hear you! And I’m eager to discuss more and listen more.

And this is what moved me from sadness to anger.

Let me explain again what I’ve been seeing:

Notice the problem? The same people always on the receiving end of the abuse are told to be civil for a while more, endure the abuse longer, and hope the conversations will “blossom into something productive.”

It doesn’t work that way. No progress can be made this way because the pressure has been put entirely on the victims. Sure, they’re already disappearing from the public conversation and retreating in their makeshift safe spaces when they can. In three, six or twelve months the conversation will surely be more harmonious without their voices.

And how are we to measure progress in this blossoming? On one end, I can count participants, threads and comments. We already have some demographic glimpses from early counts by commenters. We have previously documented abuse we can compare to. These are metrics. On the other side, how will we assess progress? Will it be by this lack of participation from the marginalized voices?

I’m sorry, Mark and the rest of the great publishing team at Magpie Games. While I do want to work for a friendly, welcoming, civil community of gamers, I must stand with those whose voices are being silenced again.