I just received this beautiful tarot deck for an IndieGoGo campaign I had contributed to a while back.  It’s the result of  a collaboration between the Haitian group Atiz Rezistans (“Artist Resistants”) and Belgian photographer Alice Smeets.  Each image is modelled after the famous Rider deck which was designed over a hundred years ago by A.E. Waite and illustrated by Pamela Colman Smith.  However, this version uses settings and materials from the ghettos of Port-au-Prince, bringing a whole new layer of symbolism.  The deck is a little large for my hands; however, smaller cards would have obscured the details.

I have several uses in mind for it: tarot readings, sure, but also prop and inspiration in role-playing games, and a reminder of the hardships — as well as the art — in places that are too easily forgotten after the initial news headlines, whether it be Haiti, Indonesia, or New Orleans.

[Edit: The deck can be purchased here.]

On the first week of the six-week online class I’m taking, “Writing the Other,” the homework consisted of the following instructions:

Below are 7 pictures. Do this exercise once with each of them:

Set a timer for 5 minutes for each picture. Take no more than 20 seconds (time yourself!) to take in the picture and the person in it, then start writing a description of that person. You can describe their physical features, you can make up a personality for them, ascribe emotions to them, whatever comes to you. Go with your first instincts and keep your fingers moving until the timer goes off. Like the other exercises, this is not about producing publishable material; it’s about writing, not thinking.

The exercise is called “hothouse descriptions” because it’s like hothouse “forcing,” coaxing blooms out of season. The pictures were all obtained from the fantastic “Humans of New York” project. (I invite you to browse the HoNY site, it’s so much fun.)

Later on, every participant in the class was invited to look at others’ descriptions and highlight words that attracted their attention for whatever reason. Here are my seven descriptions, and notes on the words that other students highlighted. (I cropped the images to fit here.) I’ll add my reflections on the exercise at the bottom of the page.

Comments: I used “pied-de-poule”, the French term for this pattern, because of the time constraint when I could not remember what it’s called in English (hound’s tooth.)

So, final thoughts. After the first two or three, I noticed I was not saying much about possible racial or ethnic markers. I asked myself whether I was avoiding the topic, but I did not feel constrained (except by time) while I was writing, so I decided to just keep doing what came naturally. I was content to suggest rather than state, and I also noticed that my focus was much more on the way people constructed their own look consciously (for example, with sartorial and grooming choices) or unconsciously (for example, with wrinkles from habitual expressions.)

In truth, I often don’t feel confident assigning racial (whatever that means) or ethnic identities; I had no idea for #1, #2 and #7, for example. Sure, I assumed that #2 was Muslim, but that told me nothing about ethnic or racial origin.  On the other hand, #3, #4 and #6 looked like they might be of European descent; in the case of #4, I would have guessed Eastern Europe and recent immigration. And #5, as I said in my description, looked to me like he could have been around the globe before.

This is my husband Edmund on our wedding day (we had a hippie wedding.) He is responsible for the greatest amount of joy in my life. 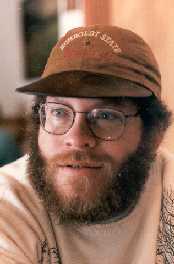 Today’s topic is “Neighbours.” This is the queue early in the morning in Seattle, when homeless people wait for the day centre to open so they can warm and dry themselves, sit somewhere other than the cold ground or a park bench from which they will be evicted, get a cup of coffee, and maybe get some other help.

I saw them every morning from the bus on my commute to work, not to mention my noon-time walks around the neighbourhood. Some were friendly familiar faces, many were closed and looking inward, and many more made me sad because I could not give the kind of help they wanted. 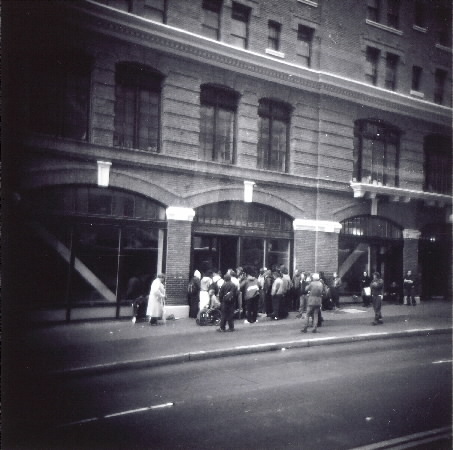 Today’s topic is “Sign.” This is the marquee sign of the Paramount Theatre in Seattle, seen through the bus window as I passed it on my way back from work on a winter night.

What exactly does that mean? Wikipedia opines: “In religion, a prophet is an individual who is claimed to have been contacted by the supernatural or the divine, and to speak for them, serving as an intermediary with humanity, delivering this newfound knowledge from the supernatural entity to other people.”  Well, shoot, that leaves me nowhere: I’ve more chance of seeing a unicorn than a prophet.

We also use the word in daily language to mean a visionary, someone who accurately predicts things to come. But Wikipedia has one more thing to say, and it’s more useful to me: The English word prophet comes from the Greek word προφήτης (profétés) meaning advocate.”

So here is my prophet: Elizabeth Cady Stanton, 19th century advocate of the women’s right movement and abolitionism.

[W]e declare our faith in the principles of self-government; our full equality with man in natural rights; that woman was made first for her own happiness, with the absolute right to herself—to all the opportunities and advantages life affords, for her complete development; and we deny that dogma of the centuries, incorporated in the codes of all nations—that woman was made for man—her best interests, in all cases, to be sacrificed to his will.

—Declaration of Rights of the Women of the United States by the National Woman Suffrage Association, July 4th, 1876.

I deliberately picked a photo showing Stanton as an older woman, because older women—no longer sexually desirable—get the least respect to this day in our society.

Today’s topic is “Good News.” How could I resist this image I took of newspaper boxes at the railcar stop along the Seattle Waterfront, near the Seattle Aquarium?

Today’s topic is “Patience.” This is a bonsai from Weyerhaeuser Company’s Pacific Rim bonsai and penjing collection in Federal Way, Washington. How patient do you have to be to start a gardening project that will outlive you by centuries? 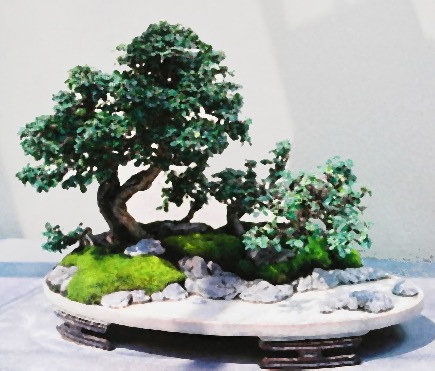 Today’s topic is “Mercy.” This is taken in winter at the Lac-Boivin Nature Preserve in Quebec; someone had left seed for the birds and squirrels. Believe me, during the cold Canadian winter, the critters can use it! 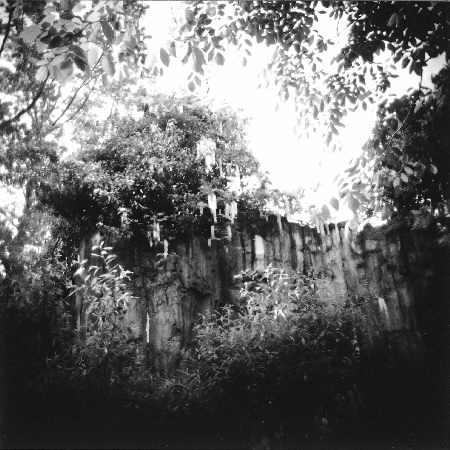 Today’s topic is “Free.” This is a picture of one of the habitats at Woodland Park Zoo in Seattle, the nicest zoo I have ever visited. The habitats are created to be as natural as possible and give lots of space to the animals, and there is a strong emphasis on conservation, science, and education rather than just gawking for entertainment.

But I wanted to use this to make a little comment on a cherished Christian concept, “free will.” When I was Catholic, I held on passionately to the concept of free will because it’s the closest theologians have ever come to answering the problem of theodicy, or why evil exists, while preserving the notions of a deity who is all-powerful, all-knowing, completely good, and loving.

Unfortunately, it doesn’t really stand up to scrutiny.  The good news is that once you let go of the shopping list of concepts you wish to hold on to and prop up with the help of “free will”, it really doesn’t matter. Free will is not a useful concept in this form once religion is taken out of the equation; instead, responsibility, information, and context now matter.